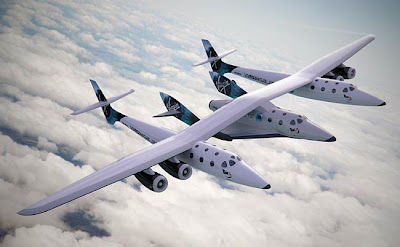 Virgin Galactic unveiled it’s latest design, The White Knight II. The jet powered craft will carry the sub orbital Spaceship II aloft. Spaceship Two plans to carry up to twelve passengers who will pay $200,000 for the suborbital trip into space.

In flight meals will not be served. 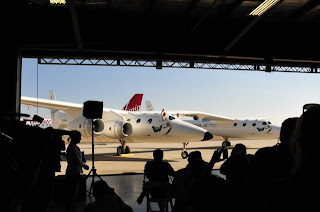 The aircraft shown above is NOT the actual White Knight II, but rather a trainer for future pilots. 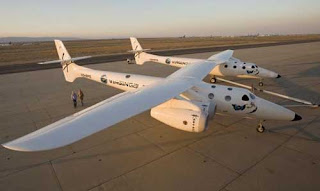 Virgin America Airlines is having a contest called “The Race for Space”. Passengers will win tickets for the Spaceship Two. 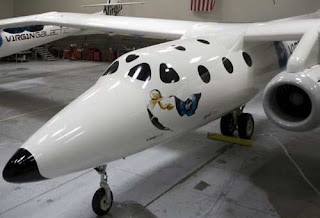 65,000 people on currently on the waiting list for tickets when flight operations begin.