Math Geeks around the World are celebrating “Pi Day“. The rest of you can follow along or look up the answers in the back of the book.  But not just any “Pi Day”.  Today at precisely 9:26:53 AM it will be the Pi Moment.  This will not occur again until March 14th, 2115.

All around the world math geeks or celebrate all things pi. The traditional pie baking is cranking up this morning. Which will be followed by the traditional Pi Day breakfast of pie. If you get a chance swing by the Exploratorium Museum in San Francisco. They are holding an all-day celebration of all things Pi and admission is free. Come early, the building has limited capacity and admission is not guaranteed. No food or drink is allowed so sadly, you have to leave your pies at home.

In traditional families, the Pi Pie is served precisely at 1:59. Family and guests slowly recite pi as Dad or Mom begins to carve the Pi Pie by bisecting its diameter.

Other Pi Day celebrations include group formations of pi, geometry parties, running of the 3.14 mile Pi marathon and the traditional hotdog toss. During which hot dogs are throw on to a floor marked with evenly spaced parallel lines.  Why? Because the proportion of hot dogs that cross the lines when they fall works out to be approximately 1 over Pi! 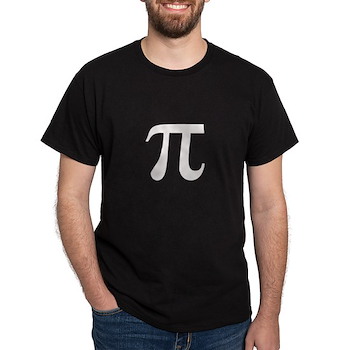 Pi before it’s too late.

Traditionally pi Day celebrations end at 3:14 PM when celebrants form the Pi formation and recite pi from memory. One by one, people will drop out of the formation until person who has memorized the most digits is declared the winner.

Don’t forget to watch The Life of Pi.

2 thoughts on “Today is the Pi Day of the Century”