As Desert Shield was cranking up to become Desert Storm, Hahn AB in Germany was closing. While in the process of transferring their F-16’s to the Houston ANG, Hahn was tasked for the Desert. The 10th TFS had just completed their weapons training deployment to Zaragoza, Spain. Thus they were tapped to go. Ground support personnel were a composite of folks from all three Aircraft Maintenance Units at Hahn. The 10th AMU, 313th AMU and the 496th AMU.

To execute the deployment, eight F-16’s were chosen. Four primary and four flying spares. The 10th TFS from Hahn AB was deployed to the “war” and flew along side of the 2 squadrons from Shaw, the 17th and the 33rd TFS. Together, these 3 fighter squadrons made up what was called the 363rd fighter wing Provisional.

Since the jets were going through the paint barn for transfer, the jets tagged for deployment got a special paint job.

Thus the legend of the DS tail codes was born. 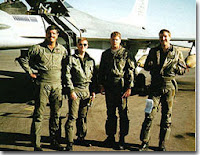 Over the years I have been trying to track down which jets were given the DS tail and any pictures that might exist. For a long time there was only one. It was published in Code One magazine. You can barely make out the tail code in the picture. 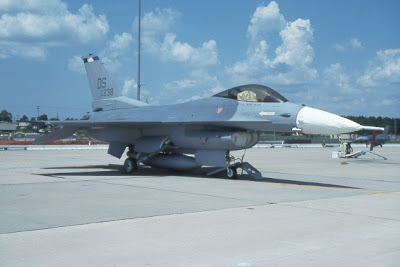 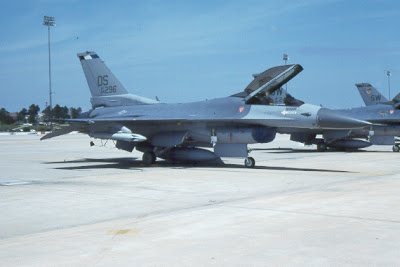 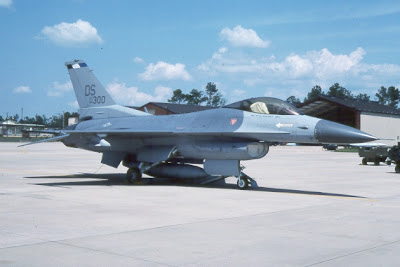 84-1300 was also in the 10th TFS. Of note, it had it’s left main landing gear ripped off after striking a landing light tower during night ops at Hahn. She was repaired at Hahn and returned to service. She was a pig after that and no doubt contributed to the “no combat sorties” during DS.

It was highly unusual for the jets to get repainted with a “made up” tail code. The codes are designations for the base they are assigned to. So it was a big show of esprit de corps for them to be repainted. The DS does stand for “Desert Storm” although with typical crew chief humor DS also stood for “Designated Spare” (wink, wink).

Where Are They Now? 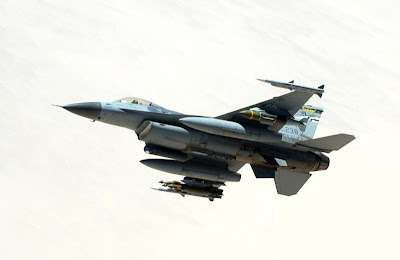 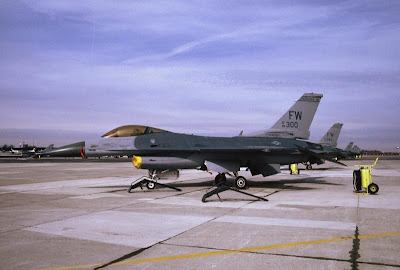 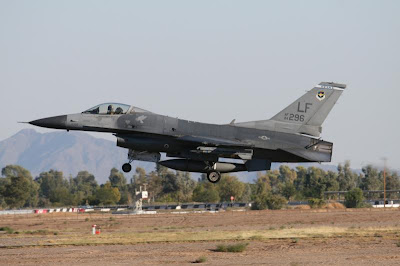 84-1296 was last flown by the 63rd FS ,USAF AETC at Luke AFB. The picture above was taken one week before the aircraft was destroyed on 26 OCT, 2006. 296 experienced an engine fire during takeoff roll at Luke AFB, Arizona but aborted before lift off. Fire crews sprayed foam on the aircraft and the pilot was treated at the scene. Early reports said the pilot ejected, this turned out not to be the case as images from the scene show the canopy still in place. Early reports also incorrectly reported that the aircraft tookoff and returned to Luke AFB with an emergency landing. Excerpt from the crash report: “After being cleared for takeoff, Colonel Sherman taxied to the left side of the runway accompanied by Captain Cuadra on the right side. Upon ignition of the afterburner, Colonel Sherman heard an explosion and noticed that a fire had started on his aircraft. His wingman transmitted “Fire” on the radio and Colonel Sherman applied full brakes and initiated the appropriate critical action procedures to abort the takeoff due to fire and preparing to get out of the stopped, but burning aircraft. He was able to open the canopy and safely exit the F-16. Members of the Luke AFB fire department extinguished the aircraft fire”. Cause was determined to be a failure of the 3rd stage when the disc fractured putting three holes in the airframe. The resulting fire burned the entire aft section of the aircraft.

2 thoughts on “The DS Tail Code”