Right off the get-go I need to tell you that I’m a big fan of Michael Savage. If you listen to his radio talk show, you’ll discover he is NOT a right wing radical. He has been known to blast both sides of the aisle on issues. What I like most about him is that here a guy who shuns political correctness in favor of telling it like it is. No punches being pulled here.

On July 5, 2007, radio talk-show host Michael Savage, while discussing a group of San Francisco hunger strikers who were supporting an immigration bill, said, “I would say let them fast till they starve to death…because then we won’t have a problem about giving them green cards, because they’re illegal aliens.”

This comment “caused” the Hispanic Community to take to the street in outrage. I personally think it was “La Raza” trying to pull an “Imus” on Mike.

Zombietime.com snapped a couple of pictures of the protest and I’ve added my two cents here.

If you’re going to make a protest sign, you have to spell correctly. 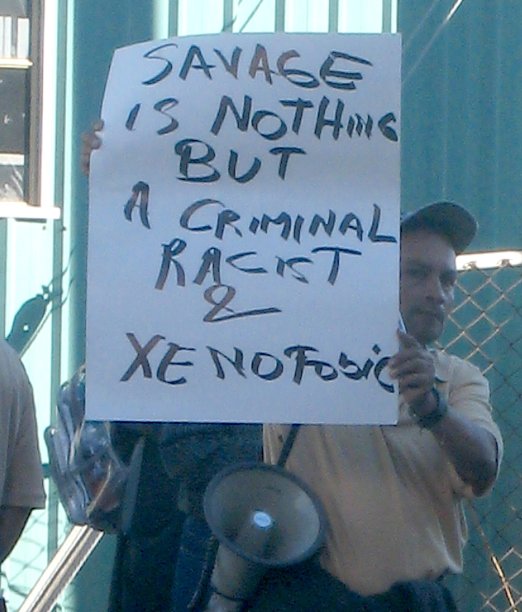 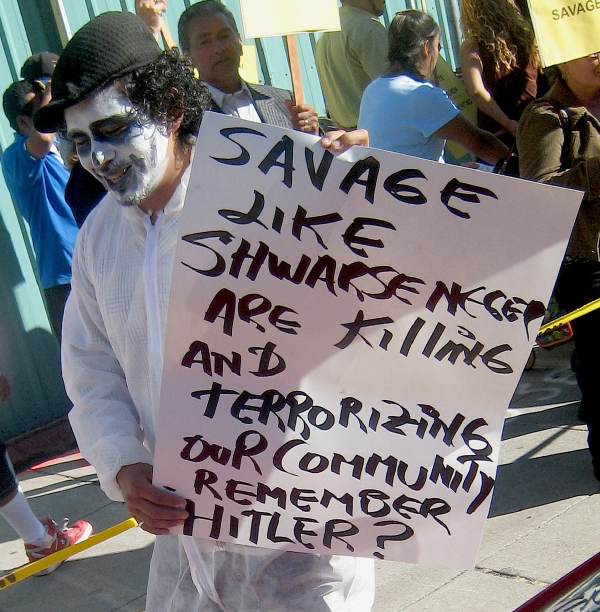 and “Schwarzenegger”.
Maybe there is something in that “Learn to Speak English” movement?

Here’s another helpful hint if you’re planning your own protest:

“If you are protesting racism, avoid racist remarks on your protest sign” 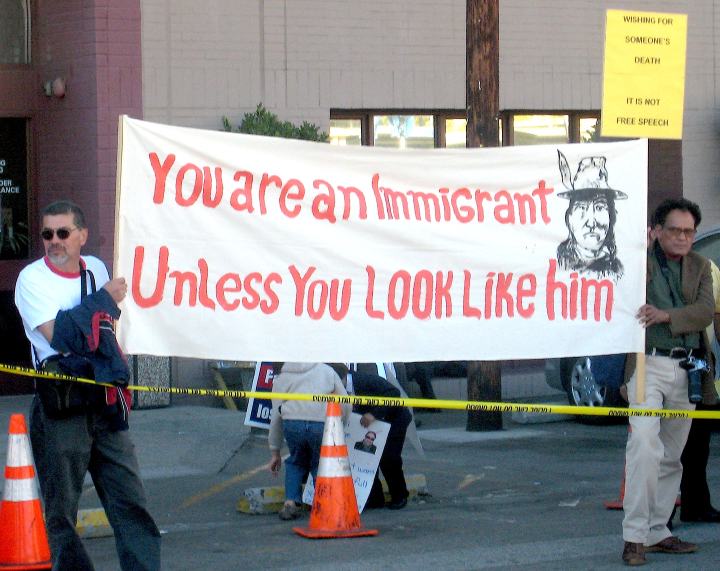 Help me out here. Is this a “La Raza” flag? MEChA maybe? Can racist organizations like MEChA and La Raza stage anti-racism protests? 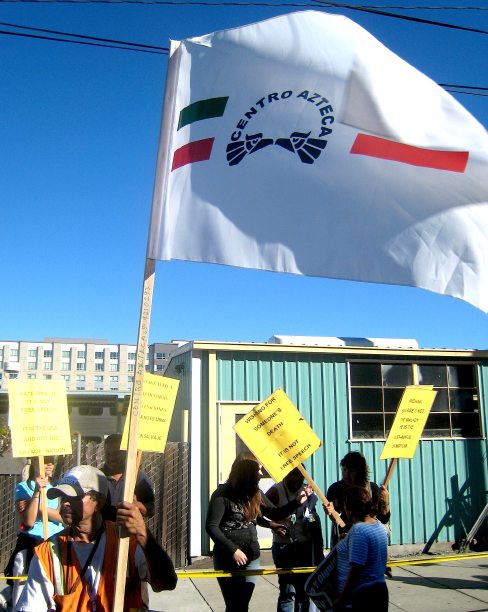 Supporters of Savage were also on hand. 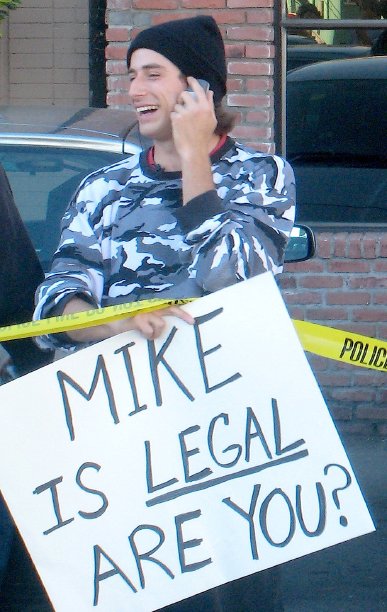 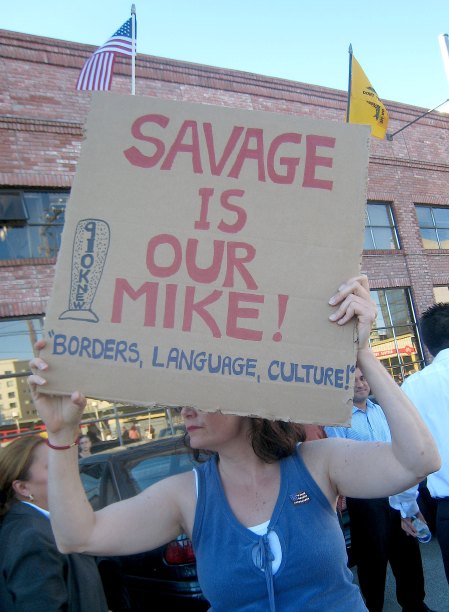 6 thoughts on “The Anti-Michael Savage Protest”