The Americans Season 2, is scheduled for a January 2014 premiere on FX. The retro spy drama  only needed 4 episodes to convince FX to sign on for a whole new batch of episodes.

Set in 1981, it’s a story about Philip and Elizabeth Jennings.  A yuppie couple living in the suburbs of Washington  D.C.  He works at a travel agency and she’s a stay at home Mom of two.  Except that’s a lie.  They are really Mischa and  Nadezhda .  Two KGB agents who’s cover is so deep their kids don’t know their Russians. 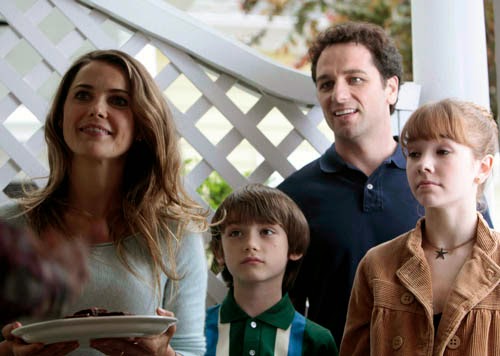 Catch up before season two starts:

The Americans: Season One