Recently, a Marine Corps Harrier Squadron was invited to attend the annual Air Force Red Flag exercised at Nellis Air Force Base, NV. This is one of the USAF’s big exercises where they test Combined Arms employment of tactical air assets. The USAF F-15 pilots showed up on the ramp with dozens of rear echelon airman types and tons of equipment such as Ground Power Units, Accessory Power Units, Hummers, Trucks, Air Conditioners, etc. The Marines appeared ready to operate in a combat environment and showed up with only their Harriers. The Air Force commander commented to the Marine commander: “Where is all your support stuff? Geezz, you guys really are just Grunts that know how to fly.”

The next morning, the Air Force pilots fell out on the ramp in front of their F-15s. The Marine pilots fell out on the other side of the ramp in front of their Harriers. Each Marine pilot had on his deuce gear with a bayonet in the scabbard. The USAF commander ordered his pilots to “man your planes.” The USAF ground crews by the dozens scrambled to their trucks, APU’s, GPU’s, etc. and the pilots ran to their planes.

The Marine commander ordered his Marines to “Fix Bayonets.” 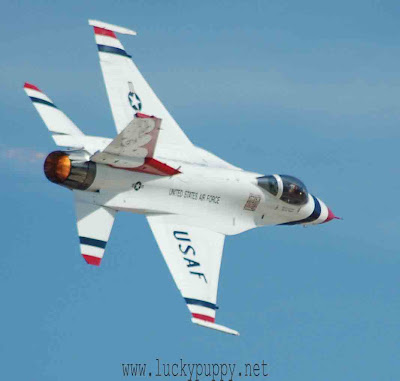 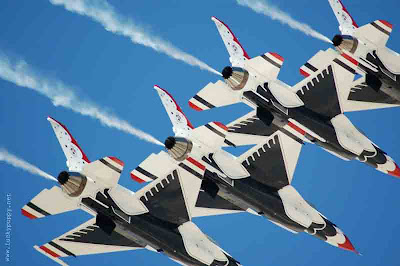 The USAF Thunderbirds are practicing for their 2007 season. The Team is looking very sharp this year. I hope you get a chance to see them in person. 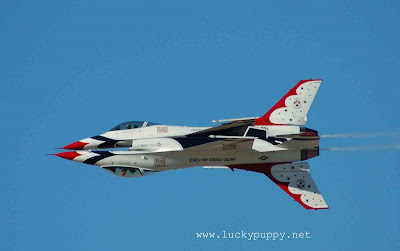 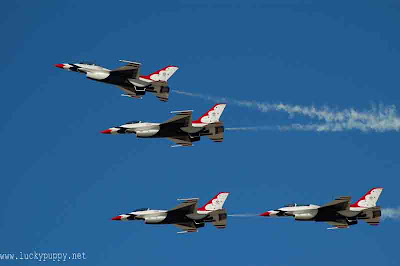 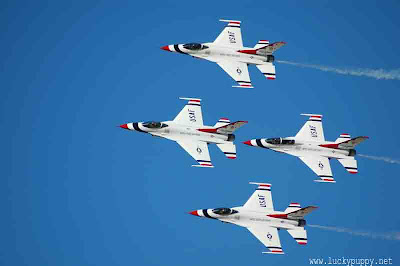