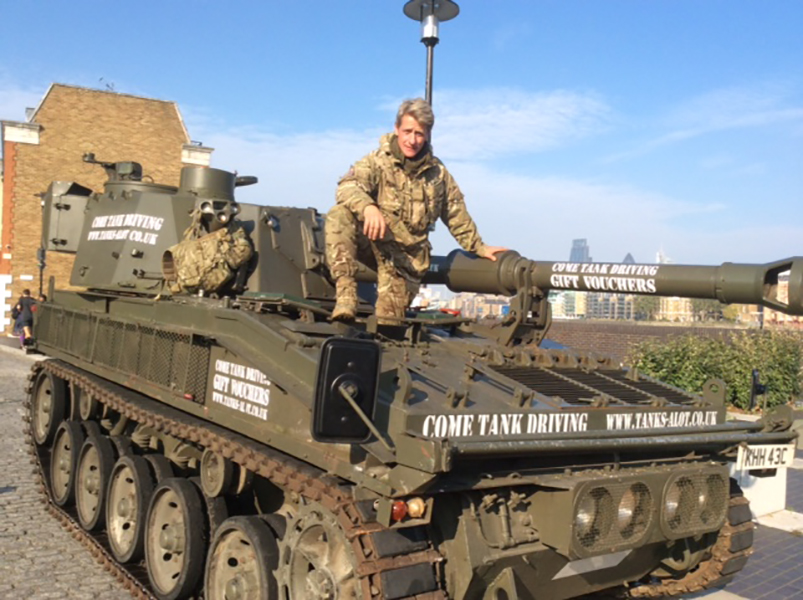 Nick Mead really is living the dream of many tank enthusiasts. He collects military tanks and keeps them on his farm in Helmdon, England. The collection has 150 vehicles from the British, U.S., and Russian military.  His  business is called “Tanks-alot”, the perfect name for a business that supplies those massive military vehicles for a whole range of movies and TV shows. So, when you see a chase scene featuring a tank in your favorite movie, it could just be one of his vehicles.

When Nick found a Russian designed,  Chinese made T-54 tank on EBay, he immediately jumped at the opportunity. Joe Hewes was the 23-year-old owner of the Russian T-54 tank, and Nick Mead immediately negotiated the barter-exchange of an Abbott self-propelled gun and an army lorry, with a combined worth of nearly $39,000 USD. If Hewes had known what was hidden in the gas tank of that huge vehicle, it’s unlikely he would have allowed the tank to go for such a low price tag.

The providence of the T-54 is a bit vague.  The design says it was built in the 1980’s.  Joe said it came from Iraq.  It has only 1500 miles on the odometer.  When President H.W. Bush ripped Saddam Hussein a new asshole during Desert Storm, the First Armored Division claimed they destroyed all of the tanks Saddam had.  How was this one spared?  During Operation Iraqi Freedom (AKA Desert Storm II- The Sequel) the 1st AD went back and cleaned up what they missed the first time.

Enter Todd Chamberlain, one of Nick’s mechanics.  It fell to Todd and his team to disassemble and rebuild the new addition to the collection.  The first thing they came across was a cache of ammo hidden in the turret.  The Bomb Squad was called and they dutifully hauled the ammo away. 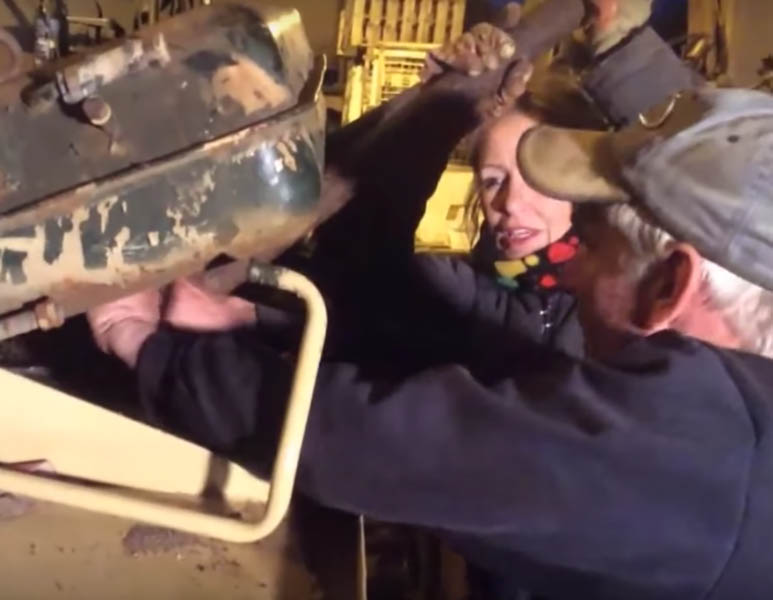 Todd continued to root around in the Russian T-54 tank, as he cleaned it up and prepared it to be deployed as part of the Tanks-alot fleet. One of the external fuel tanks wouldn’t move, so he worked on it with a crowbar. He felt something heavy and cold in the fuel tank, so he pulled it out.

You Won’t Believe What Happens Next

Nick asked his crew what they’d do with their cut of the Booty.  Some were buying Land Rovers.  Others were buying their own tank.  But then he called the Coppers again and told the operator,

The best guess is  that the gold might have come to be in the tank when Iraq invaded Kuwait in 1990, since wholesale looting took place. The United Nations had ordered Iraq to return everything that had been stolen, but a good deal of property was never returned. In fact, the summary end of the report was that two Northamptonshire police officers arrived at the farm to take the gold bars away for investigation.

Nick and his crew got a hardy handshake and a “Job well done”.