A crashed FW-190 was found in a birch forest outside of  Leningrad back in 1989.  It was recovered in 1991 and passed through a couple of owners.  Paul Allen funded the final restoration and the aircraft took to the air again in November, 2010. If the Me-109 was a Corvette, then the FW-190 was a Buick.  Heavily armed, robust and fast, The 190 was favored by Luftwaffe pilots over the thin skinned and quirky 109.

Paul Allen, co-founder of Microsoft has a net worth of 15 Billion with a B dollars.  Mr. Allen is owed a huge salute of gratitude for his money in saving and restoring many many WW2 aircraft.

The aircraft is currently in Paul Allen’s   Flying  Heritage Collection based out of  Paine Field in Everett Washington.

On Monday 19th July 1943,  Feldwebel Paul Rätz  piloting Fw190 A-5 Werknummer 151 227 ‘White A’ went on a mission carrying a SC250 (550Ib) bomb. Taking off from Siwerskaja, on what was probably a hot summer day, ‘White A’ headed for the Front line which was only fifteen or so minutes flight time away. Crossing the front line over the Dvina River, the Fw190, flying with another crossed it and headed East. Whilst behind enemy lines, in an area called Voibakala, the ‘Rotte’ attacked an armoured train and reportedly suffered damage from flak. The loss report indicates the Fw190 crash landed due to this damage, although none was located on the airframe.  Ratz survived the landing and is listed as missing in action.  During the restoration, sabotage of the engine with a rag is suspected as the real cause of the crash. 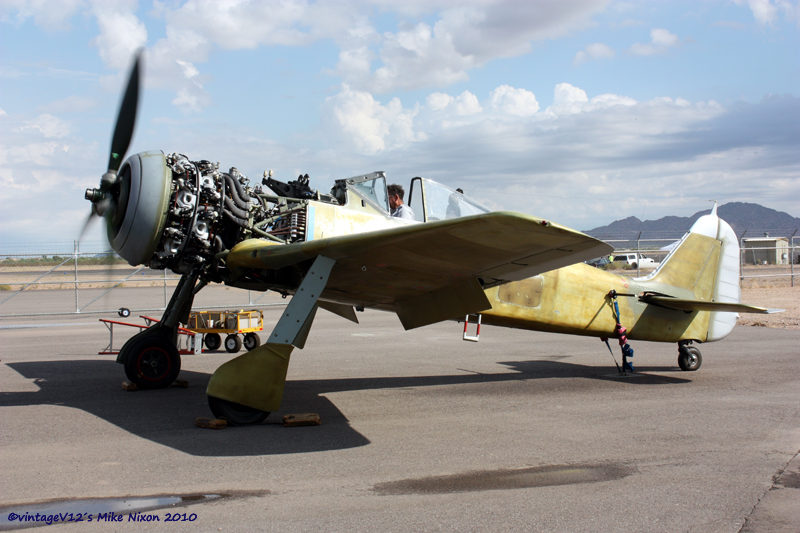 At Paul Allen’s insistence on historical accuracy and as a tribute to Feldwebel Ratz the restored FW-190 was painted in Ratz’s personal markings.