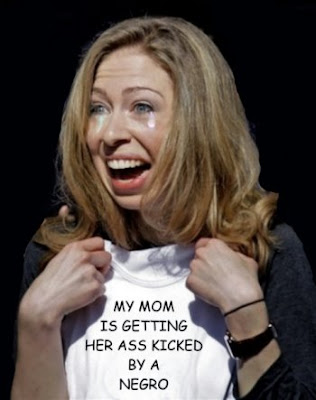 2008 Planks of the Democratic Party

The Communist Manifesto was written 1848 and is aimed at Agricultural Russia. The Democratic Party Planks are aimed at Industrial America today. Can the two be linked?

Immediate withdrawal of U.S.troops from Iraq.
With the fall of Communism, America became the de facto lone super power. Our presence in Iraq and the global war on terrorism is the prime example of the US exercising it’s power. If the Chinese communists and the reemerging communists in Russia have a chance to gain super power status the position of the US needs to be reduced. Withdrawing from Iraq and becoming isolationist would further these global aims.

Amnesty for undocumented immigrants.
Illegal immigrants currently form a huge labor pool. Especially in agriculture. Consider the communist position:
Equal liability of all to labor. Establishment
of industrial armies, especially for agriculture.
Would not the legalization of these workers create the “industrial armies”?

U.S. support of the United Nations.
The hard fact is that most of world is socialist. A kinder, gentler form of
communism. If you have a socialist country it’s an easy jump to communism. The U.N. was established to bring freedom and liberty to the world. It has since become an instrument to make the world socialist.

Increased minimum wages.
Workers unite! Under communism, everyone doesn’t need an income for the government provides everything. More money for the poor is a good idea. Any economist will tell you that raising the minimum wage creates unemployment.  That destabilizes the populous which is good from a Communist viewpoint.  It also hurts the rich or as the communist refer to them “the bourgeois social order”.

Abolish the Death penalty for convicted murderers.
Again, on the surface, a really good idea. However, if the communist revolution takes to the streets this comes in handy if you wind up killing someone.

Legalize Same-sex marriage.
Under communism, the state is the moral role model for the nation not Mom and Dad.
Undermining the traditional family goes a long way to strengthening the State’s power in molding our children.

Abolish prayers in public schools.
Under communism the State is the ultimate moral authority, certainly not God. The Bill of Rights establishes that individual liberty comes from God not the State. It is the cornerstone of liberty in America. In a communist State, religion has to go away. The Constitution establishes the Right OF religion not the Freedom FROM religion. It abolishes the State Religion. In that you must belong to a certain religion in order to be a citizen. Pray to anything you want in school. Don’t pray at all. That is what the Amendment intended. Under communism the State is the religion and there shall be no God before them.

Legalize abortions through the sixth month of pregnancy.
Tricky. Your body. your liberty. Right? If universal abortion were legal, what would be your opinion to govern-mandated abortion? Remember Universal Health Care? What if State compels you to abort you baby? Not such a great idea now huh?

Abolish the Rights of individuals to keep and bear arms.
An armed citizen is the last resort to control an all controlling government. An unarmed citizen is no problem when the State kicks in your door and ships you to re-education camps because you disagree with the State. Fantasy? That will never happen in America? It has already happened in every country that has the Communists have taken control. Think of Vietnam in 1975.

Establish stronger regulations to protect the environment.
Yep, protects the environment. Also suppresses a capitalist economy and provides yet more power to the State. See “overthrow the bourgeois social order”.

Legalize use of marijuana.
A stoned citizen is an apathetic citizen. The Russian communists used vodka to appeal to the masses. They also used “free sex”, but don’t get me started on that. Think “1968” and “Free Love”. See? They already tried that one.

Oppose vouchers for children attending private and parochial schools.
Take away Mom and Dad’s right to choose what their child learns in school. Put the kids in public (read government) schools and the State will teach them what it wants them to know. Have you read a history text book lately? This is the most Orwellian aspect of the democrats/communists. The universities came a refuge for communists after McCarthy. Wherein communist indoctrination was and is rampant. Must I mention the University of California at Berkley? Thank you. The curtailment and ultimate abolishing of private schools extends this indoctrination to our youngest children. Public schools worked really well for Stalin and Hitler.

Pass stronger anti-discrimination laws.
Sure why not? That way when the communists establish themselves as a legal minority they will be “Discriminated Against” when they foist their doctrine on you. Hell, they don’t have to do that. They just need to be Hispanic, Gay or something else.

Support Federal price supports for U.S. agricultural products.
If the State controls your health, your children, your religion and your sex life, why should it not control what you eat?

Oppose expansion of nuclear energy.
Read this as “Control the private sector’s attempts to provide energy to the country at affordable prices”. Once the State has universal control of the energy production of the country, you want to bet how fast they will build nuclear plants in order to appeal to the masses and keep them happy while their liberties are wiped out. Chernobyl. Enough said.

Support taxes on gas guzzling vehicles.
Taxes, taxes and more taxes. Works for the State. It acquires more money (read power) while penalizing the rich in order to level everyone’s economic condition.
If the State cannot limit the money made in the private sector, through taxation it can redistribute wealth so that the State can equal the “liability of all to labor”.

Support stem cell research.
Sure. Why not? Remember that I mentioned “government-mandated abortions”. Sorry Ma’am. We need you baby for government research and that government has decided that you baby’s death will further the goals of the State.

That’s a good place to sum this up. If I haven’t convinced you about a communist take over of America by using a hi-jacked Democratic Party there is one more thing I can offer.

The Republican Party is not far behind the democrats. Under Communism there is only one party. The line between the Dems and Republicans is so blurred that we are close to one National Party.

Fuck this. I’m becoming a Libertarian.

What is you opinion of all this????