TDY is a term used in the U.S. Air Force which means “Temporary Duty”. Which usually means going somewhere other than your home base for training. While on TDY people tend to let their hair down and party a little more than usual. Much of this happens in Officer and NCO clubs on base. There are times that one might find oneself in uniform.
“Who was that?” Is a common question and at those time it’s easiest to track the “celebrity” down to his or her unit by checking out the squadron patch worn on the uniform. TDY’s are also occasion to where unauthorized patches.

Hence, we have a winner. This is an actual patch worn while TDY. No photoshopping here. 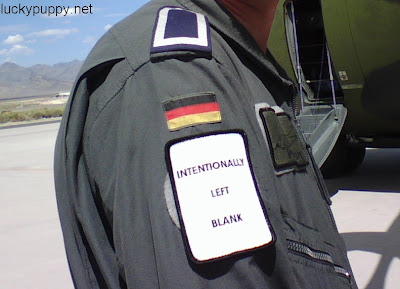