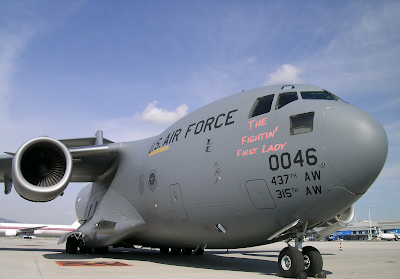 Open mouth, insert foot, chew briskly. This is way better than the “Mission Accomplished” photo of President Bush. Hillary Clinton apparently dodged a hail of sniper fire on a 1996 trip to Bosnia.

In an attempt to bolster her foreign policy credentials, Senator Clinton was quoted as saying:

“We came in under sniper fire,” she recently told the press. “There was no greeting ceremony. We ran with our heads down, and were basically told to run to our cars.”

Here’s the video of her harrowing escape: 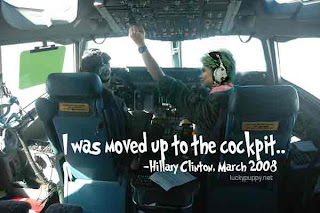