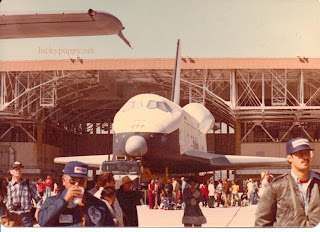 NASA announced today that since they don’t need them anymore, they are GIVING AWAY their space shuttles. All you have to do is pony up for the shipping and handling. That might be around 30 million bucks. Oh…you have to be a museum to qualify and the Smithsonian already has dibbs on Discovery.

The last big aviation give away was when the Concorde retired. That was easy. There are 13 Concordes left…only three shuttles are on the block. The Government is involved with the shuttles.

Shuttle expert and author Dennis Jenkins was quoted to say:

“The current competition is going to be stupider than Concorde was because the government is involved. Congress will immediately go into an uproar and un-decide for them.”

As Shuttle retires there are no plans to replace it. Once again that leaves good ol’ Soyuz, the only taxi you can take to get to the International Space Station. U.S. plans to go to Mars and return to the Moon have been scrapped. So if you have kids, you might want to break it to them that they don’t have a hoop in Hell of becoming an Astronaut. Maybe their kids will. In the meantime they can play “Community Organizer and Health Care Coordinator”.