But only if we can open a Gay Bar next door. In fact, Greg Gutfeld is doing just that. No joke. 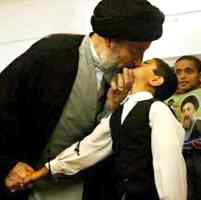 In fact we at the Lucky Puppy want to go one step further.  If Gutfiled opens “Saudi Boiz” on one side we want to open “Rick’s Pulled Pork BBQ” eatery on the other side.

Have we lost our collective mind or is it just the president who thinks the mosque is a good idea? Yeah, sure they have a Constitution Right to worship how they see fit but no monopoly on bad ideas.  Would opening a KKK meeting hall next door to   The Lorraine Motel be a good idea?  They have the constitutional right to do so, but should they?   Would Sharpton, Jackson and Rangel have absolute melt downs?

2 thoughts on “Mosque at Ground Zero is OK”