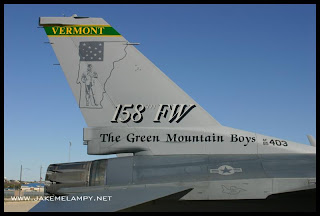 8 APR, 2008- It’s opening day for the Boston Red Sox at Fenway Park. At conclusion of the National Anthem, three F-16’s of the Vermont Air National Guard’s 158th Fighter Wing come swooping in for a fly by. The fourth plane in the formation then barrel rolls over the formation.

The pilot gets grounded.

The maneuver was not planned. Number four was running late and barrel rolled to tuck back into the formation. Uh…right. You bet. You pay them big bucks and send them to all the schools but pilots always act like boys on bikes. The Hog Dog stunt has landed the pilot in hot water.

“It was a legitimate maneuver and not an acrobatic stunt. “It is normally done at 5,000 feet or above. The crowd loved it, but it was not a planned maneuver. At no time was the public in danger. Our pilot is a very skilled pilot. He maintained full control of the airplane.
The pilot was grounded, not as a punishment but so we can provide remedial training in tactics and procedures so this situation does not happen again. I can promise you they won’t see anything like that again, no matter where we do flyovers.“

The name of the pilot was not released but was described as a “very experienced pilot”. 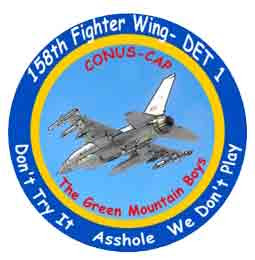 The 158th Fighter Wing is based out of Burlington, Vermont and is currently serving Bold Eagle alert duties at various locations. Operation Bold Eagle flies airborne intercepts of unknown or suspicious aircraft as part of Homeland Defense since 9/11. The wing has also deployed to Iraq.

More about the Green Mountain Boys

3 thoughts on “Green Mountain Boy Gets Out of Hand”