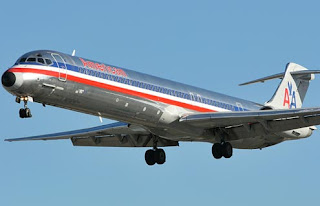 If you have a ticket on American Airlines today you might want to hit the book shop.

American Airlines, the world’s largest carrier, canceled 200 flights today to re-inspect wiring in Boeing Co. MD-80s after federal regulators raised questions during a maintenance audit. American had previously complied with the directive but a recent the FAA audit called documentation into question.

The grounding in voluntary and represents about 9% of American’s fleet. It is a response to an Air Worthiness Directive issued by the FAA. AMR, the parent company of American has issued the following statement.

“We are reinspecting the MD-80s to make sure the wiring is installed and secured exactly according to the directive.”

The inspection deals with spacers and positioning of wire bundles. The exact function of the wiring was not disclosed and does not pose a safety of flight issue.

The FAA issues Airworthiness Directives on a regular basis to alert carriers of potential problems before they effect safety of flight. American’s action today represents a pro-active response to the FAA’s increased scrutiny following the recent grounding of the Southwest Airlines grounding of its 737 fleet.

American predicts that the inspection will be completed today and the aircraft will be returning to service throughout the day.

Within the industry the MD-80 is referred to as the “Death Trap”. Since entering service in 1980 the manufacturer, McDonald/Douglas and then later Boeing, has modified the design to ensure that deficiencies have been reduced or eliminated.