Armed with little more than some borrowed tools, a few pieces of scrap metal, some spare wood and a single handgun between them, a plucky band of racist children began work on the stalled border wall outside of Brisbee, Arizona today.

The kids, numbering an even dozen of both girls and boys between the ages of 5 and 12, exalted what they envision will be a “cool and ginormous wall” that will, “Keep all the beaners out.”

“We’re sick of all the spics coming over here and taking all our jobs,” Aiden Pruitt, 10, remarked. “My dad used to be an airplane pilot, but now he just sits around drinking and yelling at us all the time.”

Asked whether his father was replaced by an illegal immigrant, the boy confronted the reporter, who was Hispanic, inquiring whether he was, “Some kind of a wise ass.”

“I came here to do two things: build a fucking wall and kick some Mexican ass,” the boy said. “And it looks like we’re all out of wood and shit.”

A great book documenting the Rape of Mexico by the Imperialist Evil America. Of note: The heroic victory of Mexican Cadets over the US Marine Corps at the Halls of Montezuma. Mentioned is the “Blood Stripe” on the Marine uniform which commemorates this defeat. Abraham Lincoln and Robert E. Lee both condemned this wanton aggression by the Polk administration. The first American war launched on trumped up evidence, laid the foundation of future needless wars of aggression fought to this day. A real page turner, this book justifies the current policies towards “illegal” Mexican migration onto land that is actually Mexican. 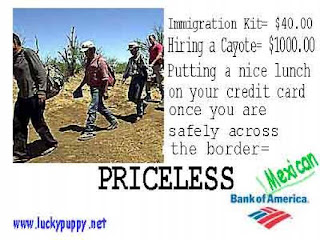